Once seen as a model of urban modernity, Toronto’s aging Gardiner Expressway has long been the centre of public debate. Proposals have come and gone to remove the elevated highway, which snakes through the city’s downtown core, cutting most residents off from Lake Ontario and overshadowing a stretch of long-neglected public space below.

While the status of the Gardiner itself appears unlikely to change, that formerly moribund space underneath has now found new life. Driven by a generous private donation, city planners and cultural organizations have reclaimed this fluid 10-acre space to create a new urban park. Dubbed The Bentway, this new park celebrates the area’s rich history, recounts nearly forgotten stories, and provides an inviting new pedestrian gateway to the city’s waterfront.

The Bentway comprises a series of outdoor “rooms,” connecting seven downtown neighbourhoods to each other and the lakeshore. Working with the donors, city staff and community groups, Lord Cultural Resources developed a framework for year-round creative and emotive programming designed to draw people into and through this rejuvenated space. We worked to reflect and accommodate the demographics of the surrounding neighbourhoods, the architecture of the highway itself, the indigenous history of the region, and the extreme highs and lows of Toronto’s variable weather.

All of that input led to a reimagining of the underside of that monolithic highway as a cathedral-like space, with people-friendly areas interwoven with the Gardiner’s soaring ramps and imposing concrete columns. Unlike many other long parks, The Bentway can be entered or exited nearly anywhere, creating non-linear, multidirectional visitor flow. There has never been a park quite like The Bentway. Such an innovative space demanded an equally unique programming framework.

Our programming integrates harmoniously with the physical reality of this highly unusual space, while also transforming it. It sets out a curatorial agenda for annual events that is as bold and unconventional as the space itself.  It gives direction to future operators and site programmers, fosters serendipitous exploration, and embodies the vision and needs of the surrounding community. 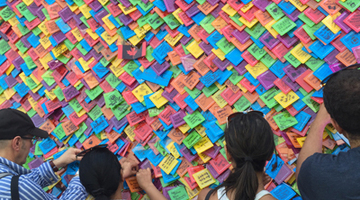 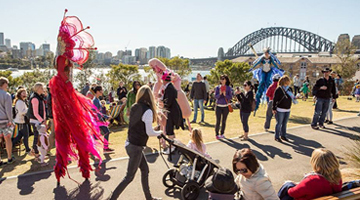