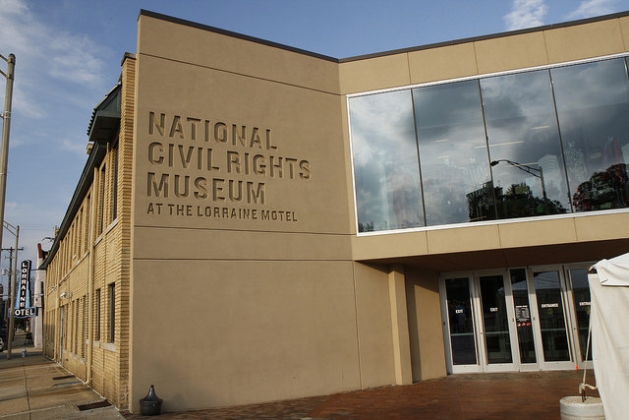 The National Civil Rights Museum housed in the Lorraine Motel is an American Alliance of Museums-accredited institution that brings to life one of the most significant periods of modern American history, including the sights, sounds and tensions of the Civil Rights movement. The Museum opened its doors to the public in 1991 with over 25,000 square feet of exhibition space including the King Room and balcony which preserves the hotel room where Dr. Martin Luther King, Jr. spent his last moments and the balcony where he was shot. In September 2002, the Museum opened an $11 million, 13,000 square foot expansion project connecting the main campus of the Museum to the Young and Morrow Building and the Main Street Rooming House where James Earl Ray allegedly fired the fatal shot resulting in the death of Dr. Martin Luther King, Jr.

In May 2006, the National Civil Rights Museum contracted Lord Cultural Resources to complete an assessment of the museum’s landmark exhibition in the Lorraine Motel, and prepare a Campus Facility Use Strategy for the entire Museum including the Lorraine Motel building, the expansion, the courtyard and cordoned off street in front of the Motel, as well as the outdoor green adjacent to the Expansion. Our team also managed the National Exhibition Design Selection process for the retrofit of the landmark exhibition.