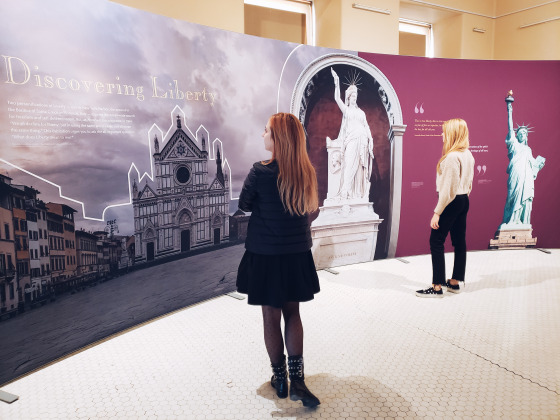 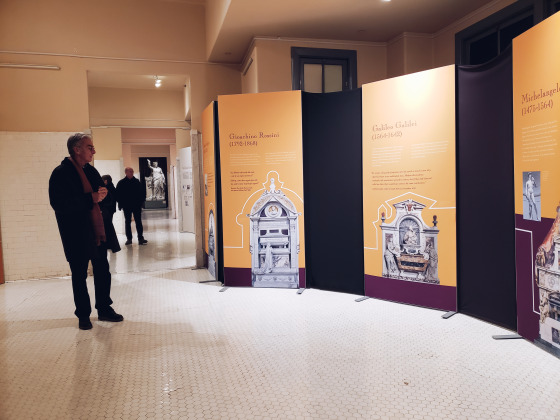 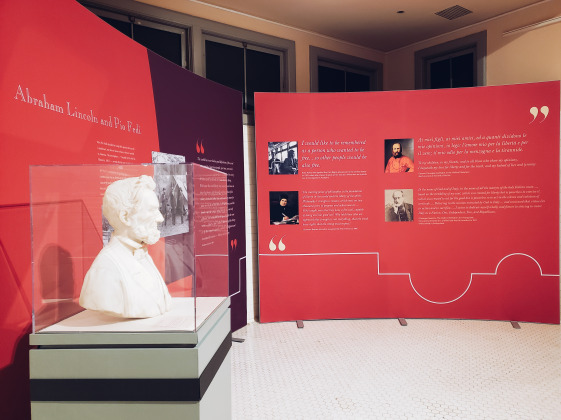 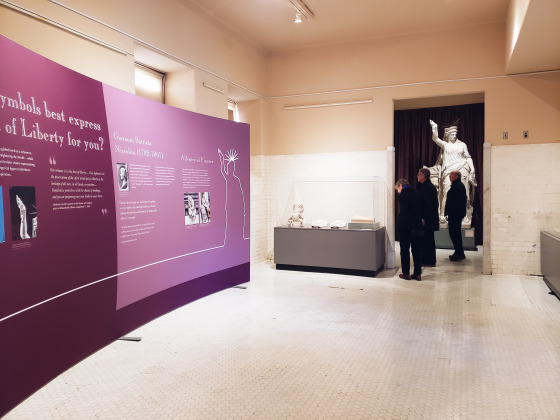 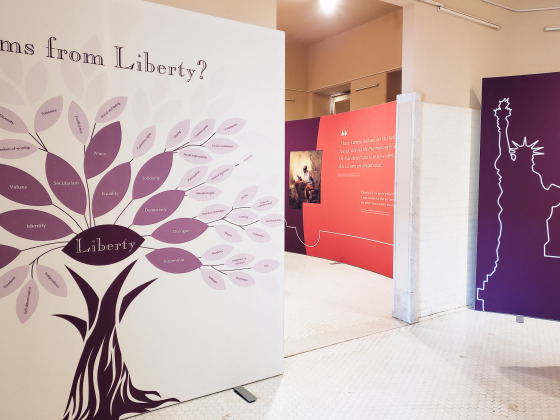 Sisters in Liberty: From Florence, Italy to New York, New York celebrates the long-standing ties between Italy and the United States by exploring the two countries’ pursuit of freedom and democracy through two iconic symbols - the Statue of Liberty in New York, and the Liberty of Poetry statue in Florence.  An initiative promoted by the Opera di Santa Croce in Florence, Italy, this temporary exhibition was timed to also celebrate the bicentennial presence of the United States Consulate General in Florence. Visitors coming to Ellis Island are able to explore inspiring themes of liberty and independence shared between two great nations, told through the historic significance of Santa Croce in its connection to Italian greats who inspired freedom; the symbolism of liberty as told through art and architecture; the road to liberty for both nations, and the voices of liberty who championed the cause. The pinnacle of the exhibition is an impressive life-sized reproduction of Pio Fedi’s Liberty of Poetry, created by Kent State University.

Lord Cultural Resources was invited by the Opera di Santa Croce to create this significant temporary exhibition as Project Manager. In partnership with exhibit fabricator Kubik Maltbie, Lord developed the Interpretive Strategy and Concept Design, facilitated the development of content with subject matter experts, sourced artifacts for loan, finalized the design, and oversaw the exhibit fabrication and installation process. The exhibit opened to the public on October 18, 2019. By popular request, the exhibit run has been extended by five months at Ellis Island.