by Gail Lord and Ngaire Blankenberg 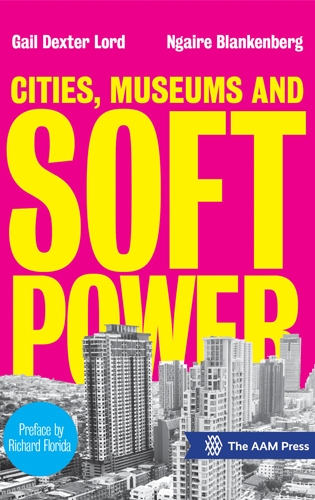 In Cities, Museums and Soft Power, respected museum planners Gail Lord and Ngaire Blankenberg demonstrate why and how museums and cities are using their soft power to address some of the most important issues of our time. Soft power is the exercise of influence through attraction, persuasion and agenda-setting rather than military or economic coercion.

Fourteen of the world's leading museum and cultural experts explore examples from six continents of the many facets of soft power in museums: how they amplify civic discourse, accelerate cultural change, and contribute to contextual intelligence among the great diversity of city dwellers, visitors and policy-makers. The authors urge city governments to embrace museums which so often are the signifiers of their cities, increasing real estate values while attracting investment, tourists and creative workers.

Blankenberg and Lord describe 32 practical strategies for museums and cities to activate soft power. This book is for museum professionals and trustees who seek to create relevant institutions, and for urbanists and city planners who want thriving and sustainable cities into the future.

Gail Dexter Lord is Co-founder and President of Lord Cultural Resources. With Barry Lord, she is co-editor of The Manual of Museum Planning (1991, 1999, 2012), co-author of The Manual of Museum Management (1997 and 2009) and Artists, Patrons and the Public: Why Culture Changes (2010). She is co-author with Kate Markert of The Manual of Strategic Planning for Museums (2007). Gail has led cultural and tourism plans for cities as well as planning, management and exhibition assignments for museums, galleries and cities throughout Canada, the United States, the United Kingdom, continental Europe, North America and Asia. In 2014, Gail was appointed Officer of the Order of Arts and Letters by the Minister of Culture of France. More recently, Gail Lord was appointed a Member of the Order of Canada.

Ngaire Blankenberg is the Head of Content and Strategy at experience design firm Kossman.dejong. For over a decade she has helped museums to tell stories and create long lasting, empowering relationships with diverse communities. She has worked with museums from all over the world, including the Jüdisches Museum Berlin, the National Museum of African American Heritage and Culture (Washington D.C.), Canadian Museum of Human Rights (Winnipeg), Biotopia Natural History Museum (Munich), Barangaroo Development Authority (Sydney), Patna Science Museum, Dubai Culture and Arts Authority, Constitution Hill (Johannesburg) and others. She is also co-editor, with Ali Hossaini, of Manual of Digital Museum Planning (Rowman and Littlefield 2017).

The book features a preface by Richard Florida and essays from 14 contributors. 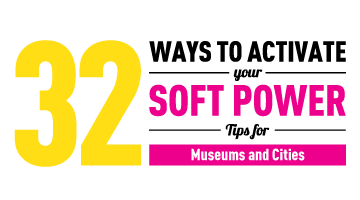 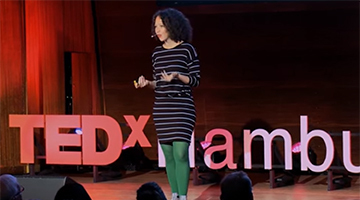 TedX Hamburg: How to activate the soft power of your museums Watch Video 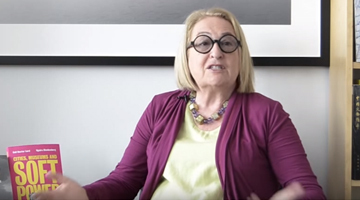 The Soft Power of Museums Watch video
Back to Books
x