Grand Opening of the Nordic Museum

The Nordic Museum in Seattle opened its doors for the first time on May 5th. The Secretary General of the Nordic Council of Ministers, Dagfinn Høybråten, along with the Danish crown princess, the Icelandic President, Guðni Th. Jóhannesson, Jorodd Asphjell MP (NO) of the Nordic Council and the Nordic ambassadors to the United States attended the ribbon-cutting ceremony at the official opening of the new museum.

See the Nordic Co-operation for more details about the Grand Opening.

Start planning your visit to the Nordic Museum! 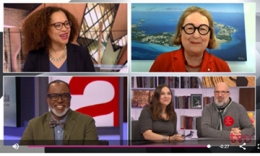